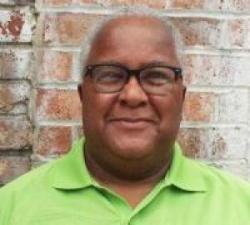 Mayor Willie Lake was born and raised in York and graduated from Sumter County High School. He earned a BS in Corporate Finance and Investments from the University of Alabama and an MBA in Finance from Alabama A&M University. Mayor Lake was employed by the Federal Deposit Insurance Corporation for 28 years and spent six years in United States Military as a Junior Officer. Dianne Ruffin Green is a native of York, Alabama. She attended Sumter County High School and is a graduate of the Class of 1976. She completed a course of Secretary at Moore Career College in 1990. Mayor Pro Tem Green worked for Home Health for years before joining Mutual Saving Life Insurance Agency in 1996. From 2002-2006, she was a member of the Sumter County Board of Commissioners. Since 2008 has been a member of the City of York Council, representing and serving District 5.

Mrs. Green was appointed as Mayor Pro Tem by the City of York Councilmembers and Mayor on November 16, 2020. Her passion is helping people and working with the citizens of York and the surrounding areas. She is looking forward to continually serving you to the best of her ability. She loves York and is available if you need any assistance. She can be contacted at 205-499-1817 (Cell), 205-392-9144 (Home), and 205-392-5231 (City Hall). Marcus D. Miller Sr. is a product of York, AL. He was raised, educated, and has worked and lived here all of his life. Councilmember Miller is the proud father of two - Markayli and Marcus Jr., also being raised here. “I really love my city and I will work to save it and restore its former glory. I am not here for fame or glory..... but to work for and with the citizens and businesses to bring our city back to one we can be proud of. My door, ears, and eyes are open for any recommendations, concerns, and the well-being of the City of York. I am here to work for District 4 and ALL districts. I give God the glory for allowing me to hold this position and I take my oath of office as my word to God and you the citizens. Let’s work together in harmony and strive for the advancement of York, AL. ”

Jazmin LaTrell Mitchell is a native of Sumter County, Alabama. He graduated from the Sumter County Public School System where he was an All-Star stand-out athlete. He was named 4-A State Player of the Year in 1998 by the AHSAA (Alabama High School Athletic Association). Mitchell possesses athletic experience both as a basketball player and as a coach on the collegiate and high school levels. Mitchell graduated from Itawamba Community College, Fulton, MS with an AA Degree in Education. He did a one-year stint, from 2000-2001, at Delta State University, Cleveland MS. Mitchell received his BS Degree in Physical Education from the University of West Alabama.

Councilmember Mitchell is currently employed as Head Boys Basketball Coach for Sumter Central High School, York, AL. With over 15 years of coaching experience, he is noted as one of the most outstanding coaches in West Alabama. He was given one of Alabama’s High School Athletic Association most prestigious awards by being named 2016 Coach of the Year. Councilmember Mitchell has been a strong proponent of giving back to his community and advocating for the young and the elderly. He is the creator of a non-profit group called “Mitchell Blessings Others”. Moreover, Councilmember Mitchell is politically active; he is serving in his first term as a member of York City Council.

Councilmember Mitchell is a member of the Kappa Alpha Psi Fraternity. He is a member of the Eastern Star Baptist Church in York and Demopolis, AL. He serves on several civic and community Boards. He is father of two beautiful children, Shakira Thompson Mitchell and Jazmin “Deuce” Mitchell. Carolyn Artis-Brooks represents District 3 on the York City Council. She has been a life long citizen of York, and she knows the needs of York and her community. She is employed by Anderson Regional Medical Center where she has worked as a Revenue Cycle Clerk for the past seven years. She holds her certification in Tax Theory and Income Tax Preparation and is certified as a Tax Specialist. Councilmember Mitchell is a member of Mount Pleasant Baptist Church. She is the proud mother of two daughters: Denetria Ruffin and Shaniya Collins and a beautiful granddaughter, Aria Childers.